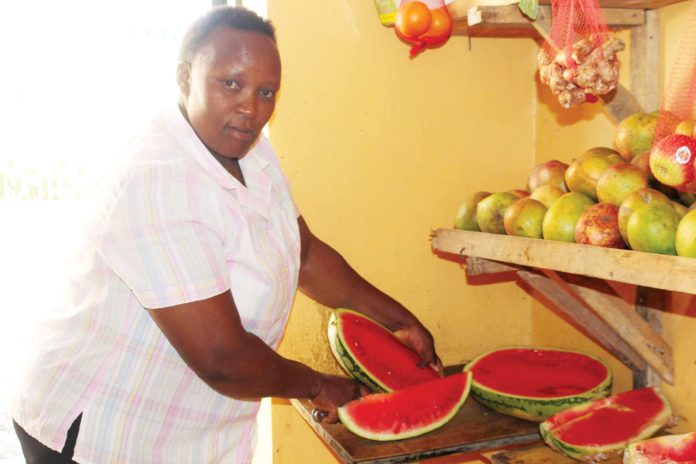 The visionary entrepreneur appreciates the role of banks in financing businesses

By Jeff Korir and Amos Wachira

What started as a small venture has turned into a thriving enterprise for Elizabeth Nyaguthii, a Nairobi based entrepreneur.
In Buruburu phase 2, Taliz Greengrocers is a thriving shop that’s well stocked with a variety of fruits and vegetables. For 12 years, it has been a household name in the Buruburu suburb. It’s known for its fresh farm produce.
On a normal day, Taliz greengrocers is a beehive of activity. Tens of buyers are busy sampling fresh fruits and vegetables on offer as three workers help to sort and process their orders.
Elizabeth started the groceries shop after she saw a need for fresh produce in the area. “I was always shopping for the freshest vegetables and fruits but it was a daunting task. Few people sold fresh produce that’s been sourced directly from the farm,” she says.
That’s why when she opened her first shop in Buruburu phase 2, it was well received by locals who praised her for stocking fresh produce straight from the farm. At that time, she was among the few vendors who were sourcing their vegetables directly from farmers. Most of her competitors were getting their produce from brokers.
“I had the competitive edge and customers flocked to my shop. Even though I was sometimes forced to sell at slightly higher prices because of the transportation costs, customers were happy to get their supplies from my shop as they were certain of its quality.”
Having tasted success with the first shop, Elizabeth set out to establish more shops in different residential areas.
Like with any business, expansion is a capital-intensive affair. Over the years, she was able to set up two more shops, one in Buruburu and another in Nasra estate.
Last year, she found the need to set up a new branch in Nasra estate, where one of her branches was performing well. Elizabeth soon found herself needing additional funds to scale.
“I met the Caritas branch manager for Donholm branch. He analysed my business and saw potential,” she says.
In September last year, she applied for a loan. Once it was disbursed, she used the money to set up her fourth shop. She praises the Caritas microfinance bank team for their prompt services.
Having worked with other banks before, she says that Caritas was different as it walks with its clients. “They are also caring. They walk with you in your entrepreneurial journey. This is not something you get from every other lender out there,” she says. She further says that the bank staff is always at hand to help, sometimes giving out soft loans when one is stuck.
Given the prudent advice that she receives from her loan officers, she says she’s been able to repay her loans on time for the last seven months. “Financial discipline keeps me on track,” she adds.
The four shops employ eight people. Elizabeth says that the business grew exponentially because she insists on quality.
Like any other business, groceries shops have their fair share of challenges.
Given the perishable nature of farm produce, she devised a way of having her contract farmers delivering some of the produce at the retail market in Matikiti, two times a week.
“When I go to buy from their shambas, I strike a deal with them. As they deliver their excess produce to the market, they also deliver my order in bits to make sure I have fresh produce throughout the week.” Elizabeth says that price fluctuations is another challenge that she endures in her line of business. At times, she has to sell her produce on credit, and some customers take advantage of that to varnish without repaying.
She says that getting quality workers is also a challenge.
“Sometimes you wake up only to learn that your workers failed to show up. It destabilizes the business for a few days before you get a replacement.”
Despite the challenges, she has managed to grow her business through sheer hard work and persistence. With consistent quality, her shops continue to grow. It’s this kind of growth that saw her husband, a pharmacist, quitting to join her in the groceries business.
“My husband bought a pickup truck and was willing to help with the logistics. He drives to farms in Meru and other far-flung areas to source for fresh vegetables and fruits.”
With bright prospects, Elizabeth is keen on expanding her business even further. She has set her eyes on opening more branches in a number of estates within Nairobi.
“I want to grow with Caritas microfinance bank.” 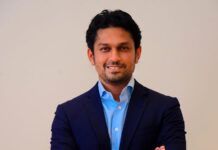 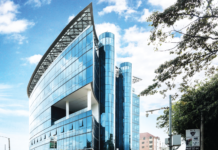 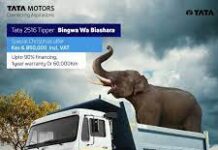 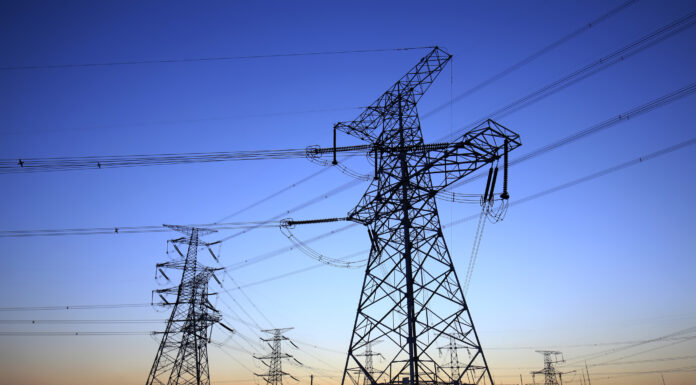 Miracles of Our Own Making: How CEMAC Countries Can Emerge Stronger from the Economic Crisis

“Children Today, Youth Tomorrow” – Duty Bearers Reflect on their contributions to the African Charter on the Rights and Welfare of the Child

Jambojet to add new Bombardier Q-Series to their fleet